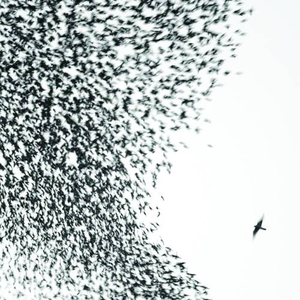 Sky Blue Sky is the sixth studio album by American rock band Wilco, released on May 15, 2007 by Nonesuch Records. Originally announced on January 17, 2007 at a show in Nashville, Tennessee, it was the band's first studio album with guitarist Nels Cline and multi-instrumentalist Pat Sansone. Before its release, the band streamed the entire album on its official website and offered a free download of "What Light". Sky Blue Sky was Wilco's highest debuting album on the Billboard 200 at number four. The self-produced album received mostly favorable reviews by critics. Publications such as PopMatters and Rolling Stone praised its maturity, while PlayLouder and Pitchfork Media criticized its "dad-rock" sound. While some critics praised the direct lyrical approach, others criticised it when compared to previous Wilco albums. The band licensed six songs from the Sky Blue Sky sessions to a Volkswagen advertisement campaign, a move that generated criticism from fans and the media. User-contributed text is available under the Creative Commons By-SA License; additional terms may apply.